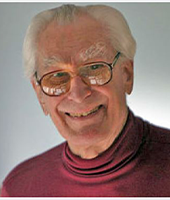 As with the rest of the mathematical community, the Association is sad to hear of the passing of one of the great mathematicians and communicators of the 20th century.

He was born in Nuneaton and both his parents were headteachers.  He was a pupil at Warwick School and in 1935 won a scholarship to Gonville and Caius College, Cambridge.

He graduated in 1938 and went to the University of Birmingham and obtained a teaching diploma. He married Nancy Louise Thirian in December 1940. During the War, he was in the Meteorological Branch of the RAF and was based in Iceland.

After the War, he taught at Stockport Grammar School and then at Goldsmiths' College. From 1950 to 1965, he held posts in Singapore and Delhi (which provided locations for his love of mountaineering).

In 1965, he acquired a Chair at the University of Calgary where he remained until his death and continued to work a five-day week.He wrote prodigiously and collaborated with many other great mathematicians.  These included Paul Erdos, John H. Conway, Donald Knuth, Martin Gardner, Elwyn Berlekamp, John L. Selfridge, Kenneth Falconer, Frank Harary, Lee Sallows, Gerhard Ringel, Béla Bollobás, C. B. Lacampagne, Bruce Sagan, and Neil Sloane.

This list includes a past and a present Honorary Member of the MA.  Between 1953 and 1965, he published 7 items in The Mathematical Gazette.